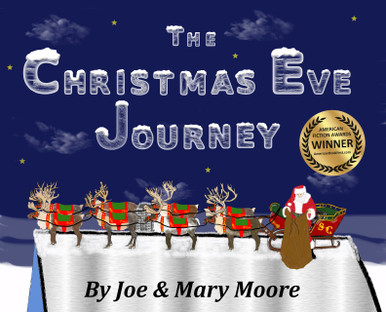 After nearly 200 years since the writing of “A Visit from St. Nicholas” comes an entirely new version of this poem – also written and illustrated by the Moores. This time it is Joe and Mary Moore. They have released an adaptation based on Santa Claus meeting a dad while performing his duties. Santa explains to the perplexed father about how and why he does what he does.

Told in similar rhyme and cadence to the original, this poem and its illustrations will bring an entirely new tradition to your home at Christmastime. This version is meant to enhance and modernize the previous telling, while it enthralls and teaches the meaning behind the blessed holiday.

Come join Santa on his Christmas Eve Journey and recite the adventure from his point of view.

This product hasn't received any reviews yet. Be the first to review this product!